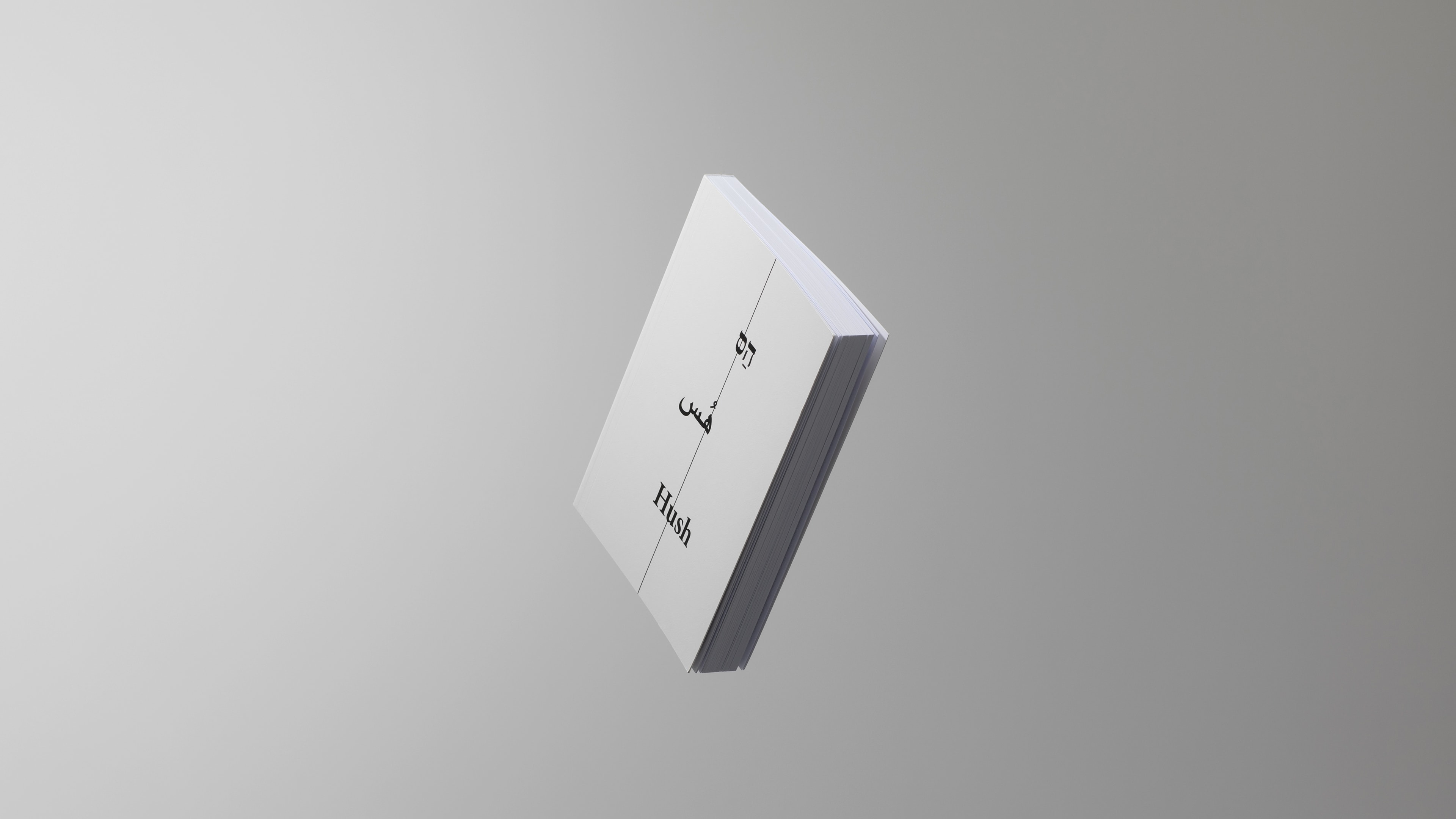 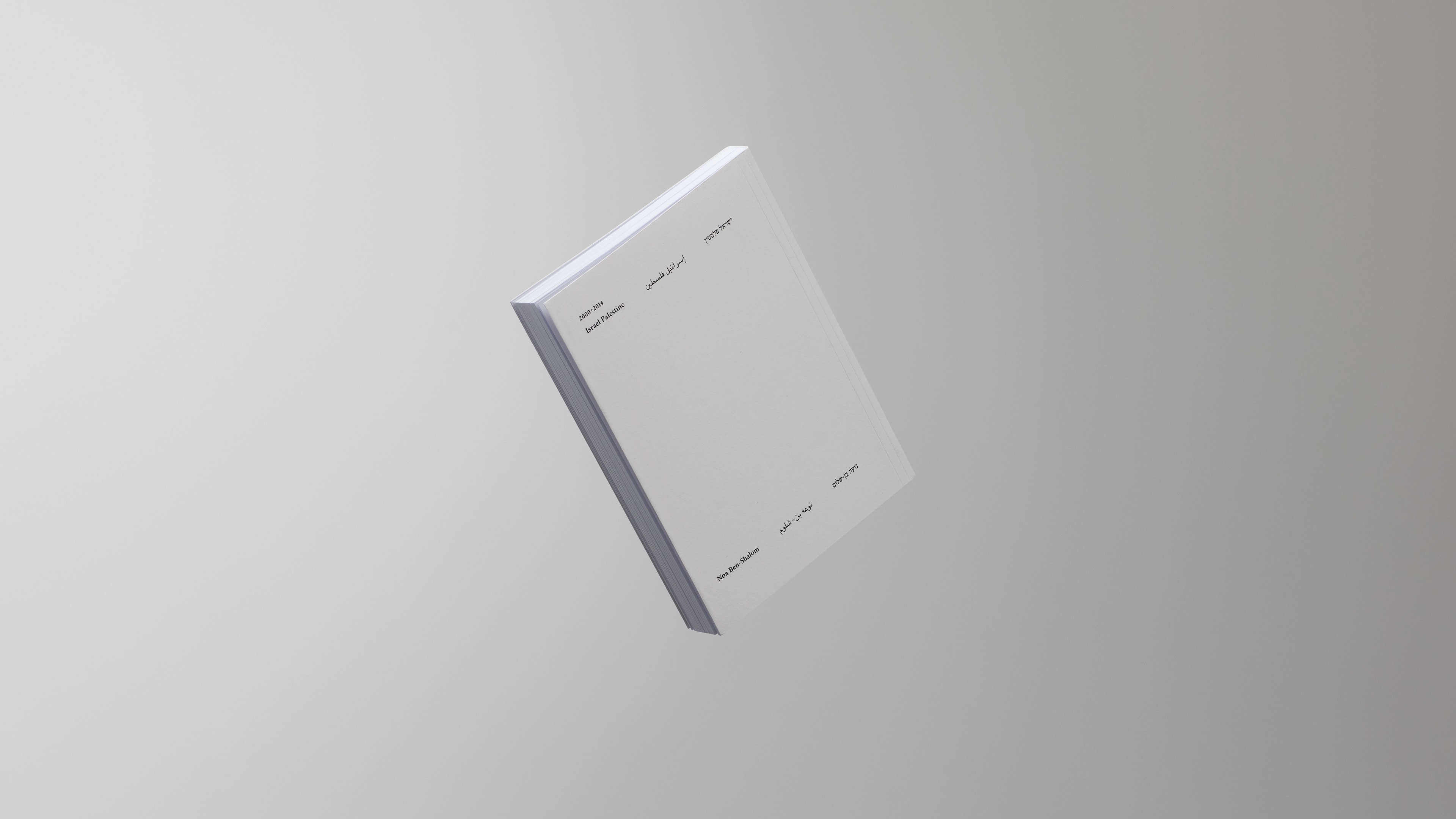 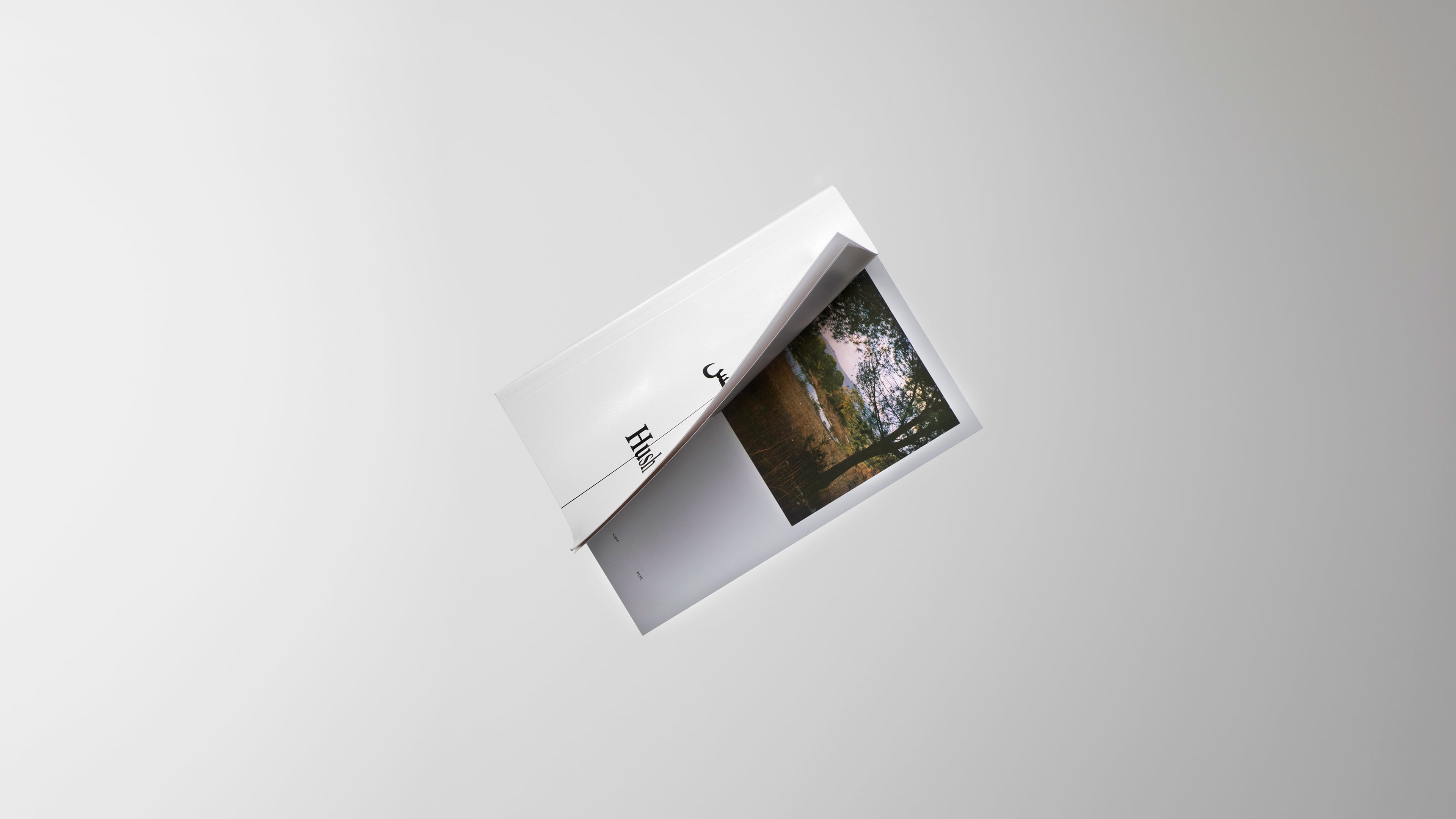 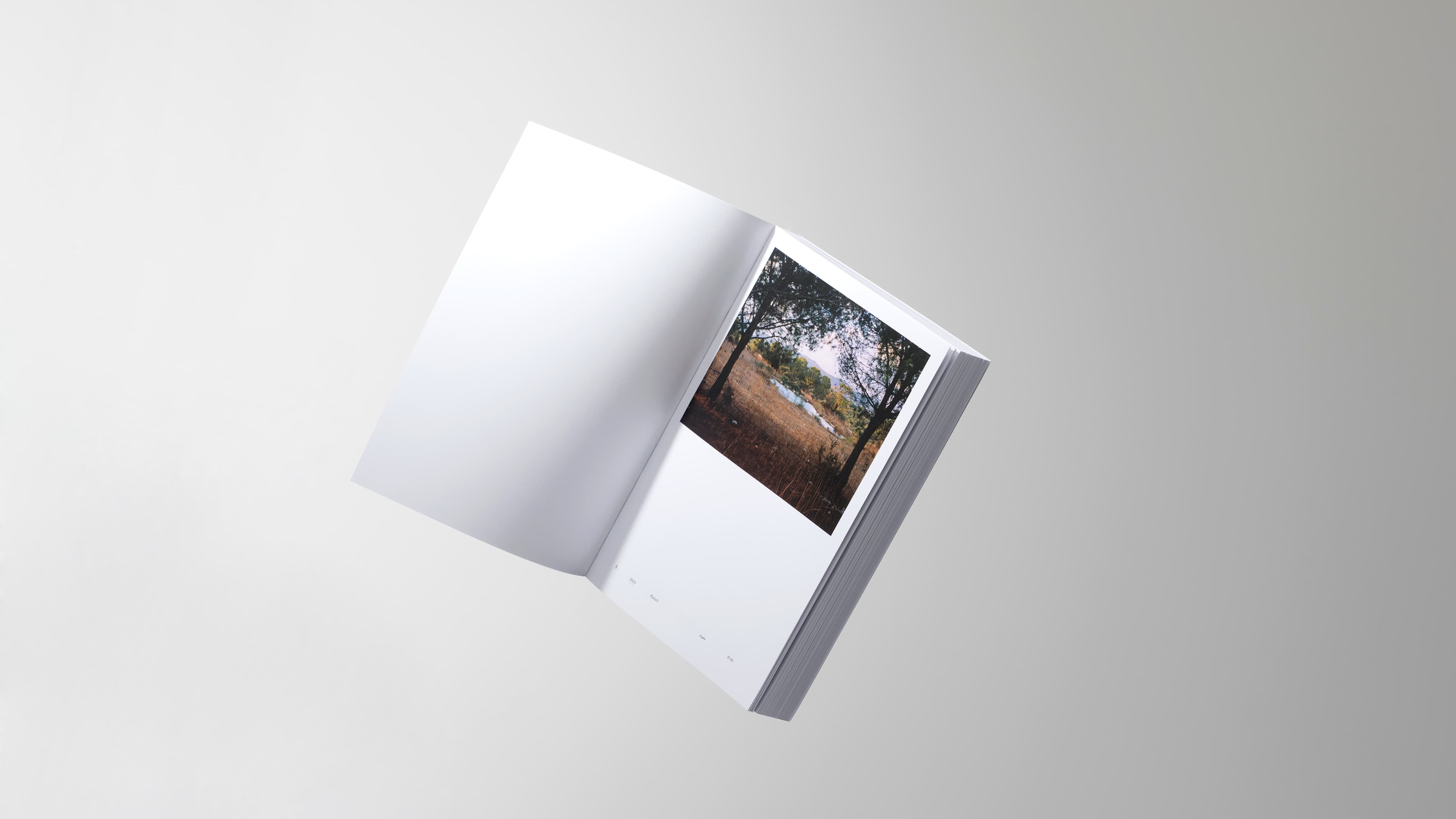 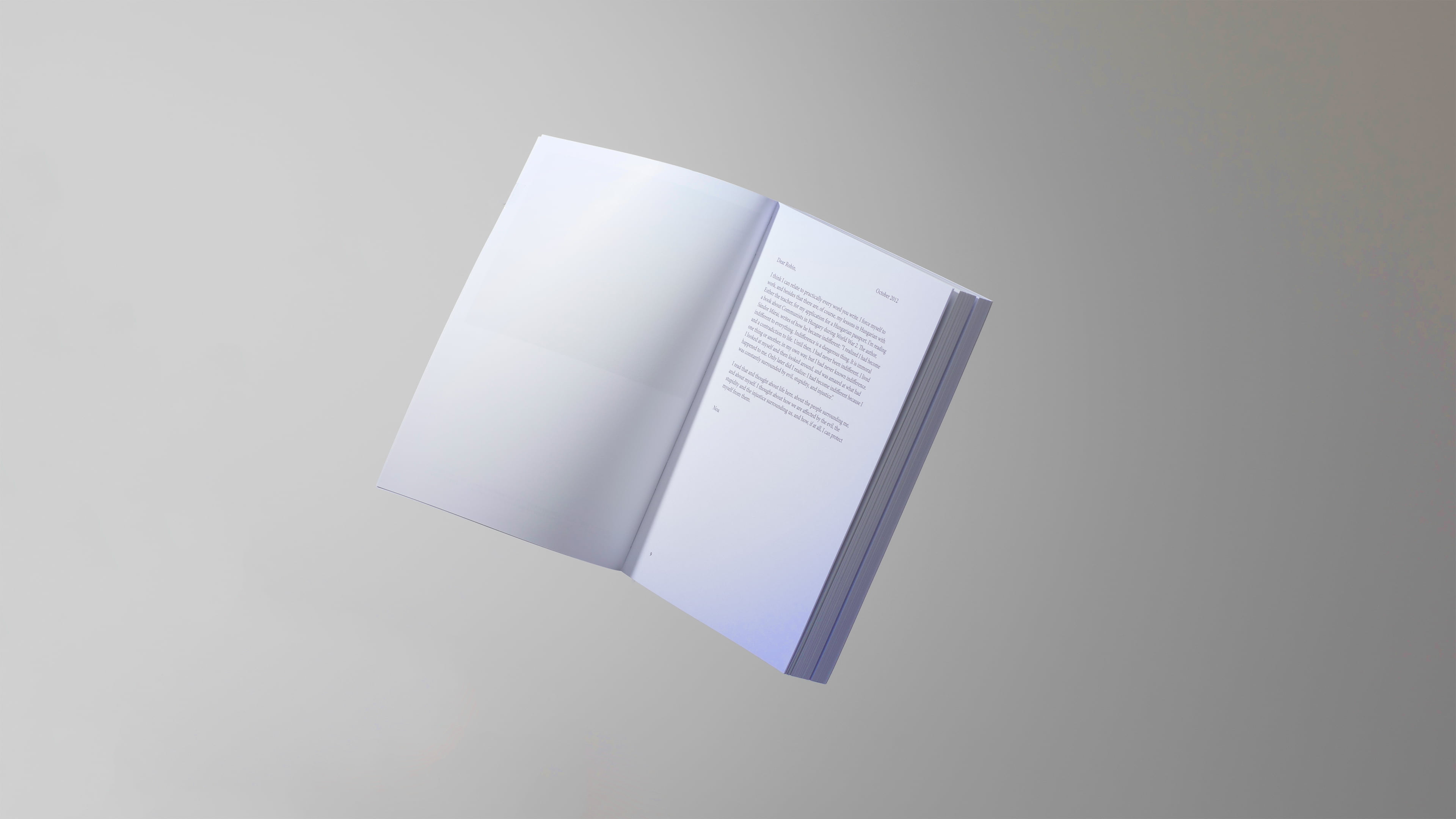 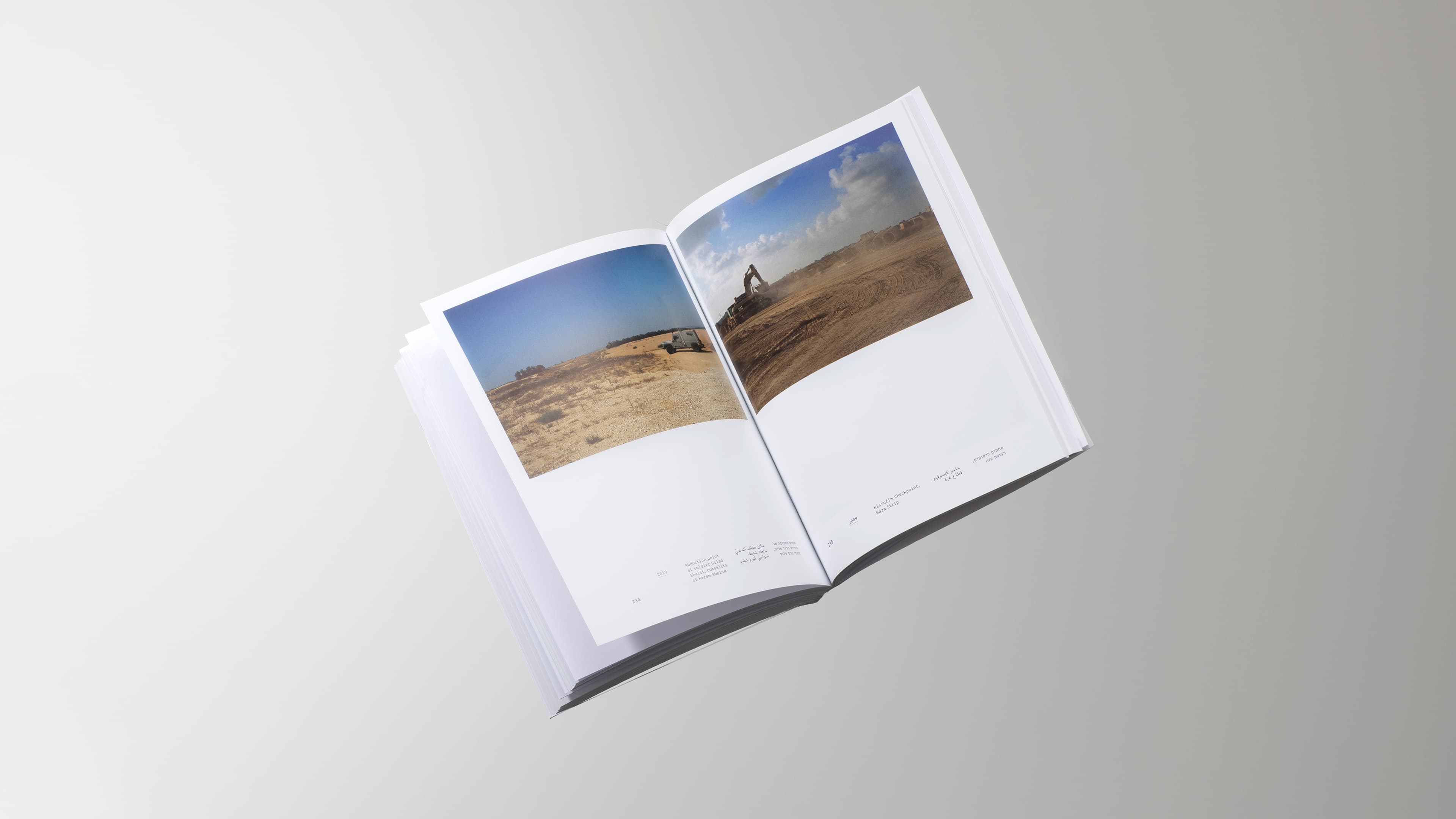 With the photo book Hush I tell the story of my society; a society that lives in a loop of violent outbursts, in which life is broken into pieces and reconstructed time and again. While we know the Israeli Palestinian conflict by its violence, the book is about the quiet moments in-between. By turning away the camera from the extreme that so often demands from us an immediate and determined stance – to choose as if, between a right and wrong – the book deals with the long-lasting effects of the conflict. How it seeps and colors everything, almost without us noticing it. Wherever I reached with my camera I found a bleeding wound. A traumatized scar left behind in architecture, landscapes and our collective memory. This mental and physical condition of conflict goes beyond politics; beyond the occupation, the suicide attacks and the separation wall. It has become an integral part of who we are.

Like its title – Hush – the book seeks to enable a moment of introspection, and an ambivalent observation space to the well-known incidents and extremes. The Photos & Texts As a documentary creator, I have made a decision to collect during the years images that depict the presence of the conflict and to linger with them; to return to locations and events year after year and to study them. In a timespan of fourteen years I lived through eight wars and this book renders that human experience in a fusion of images and text. A mosaic of events and anecdotes focussing on the aftermath of the event of war; looking for delicate moments that put the tragic in context.

The book presents 130 documentary photographs that depict the implications of conflict on both people and landscapes in Israel and Palestine. The photographs were taken during the years in happenings of current affairs while engaging a focused study of ‘broken’ and ‘burdened’ landscapes and social phenomenas. The textual layer in the book is presented with letters and emails that were written to friends, colleagues and officials. Written in first person, the letters give a personal context to the muted images, at times deciphering the situation documented, at times offering personal introspections on the complexities of life in an intractable conflict. Beyond the visual voice, there is the I, who literally shares the fears and dilemmas that accompanied the making of the photographs. This allows the viewers a critical, transparent reading of the muted images, and exposes them to events and thoughts that happened before and after the spilt second of the shutter release. The letters appear in the book in English, Arabic and Hebrew. The decision to display the texts in these three languages is beyond a technicality, it is both a statement about the kaleidoscopic identity of this land, and an act of reaching out to all the people who make it. Yet, Hush the book is one unit. A whole composed of images texts that carry together and inseparably the weight of telling a story. It is only with the perspective of time and a volume of images and texts, that stretch over years, that I felt I will be able to create a project that echoes my experience of this place. 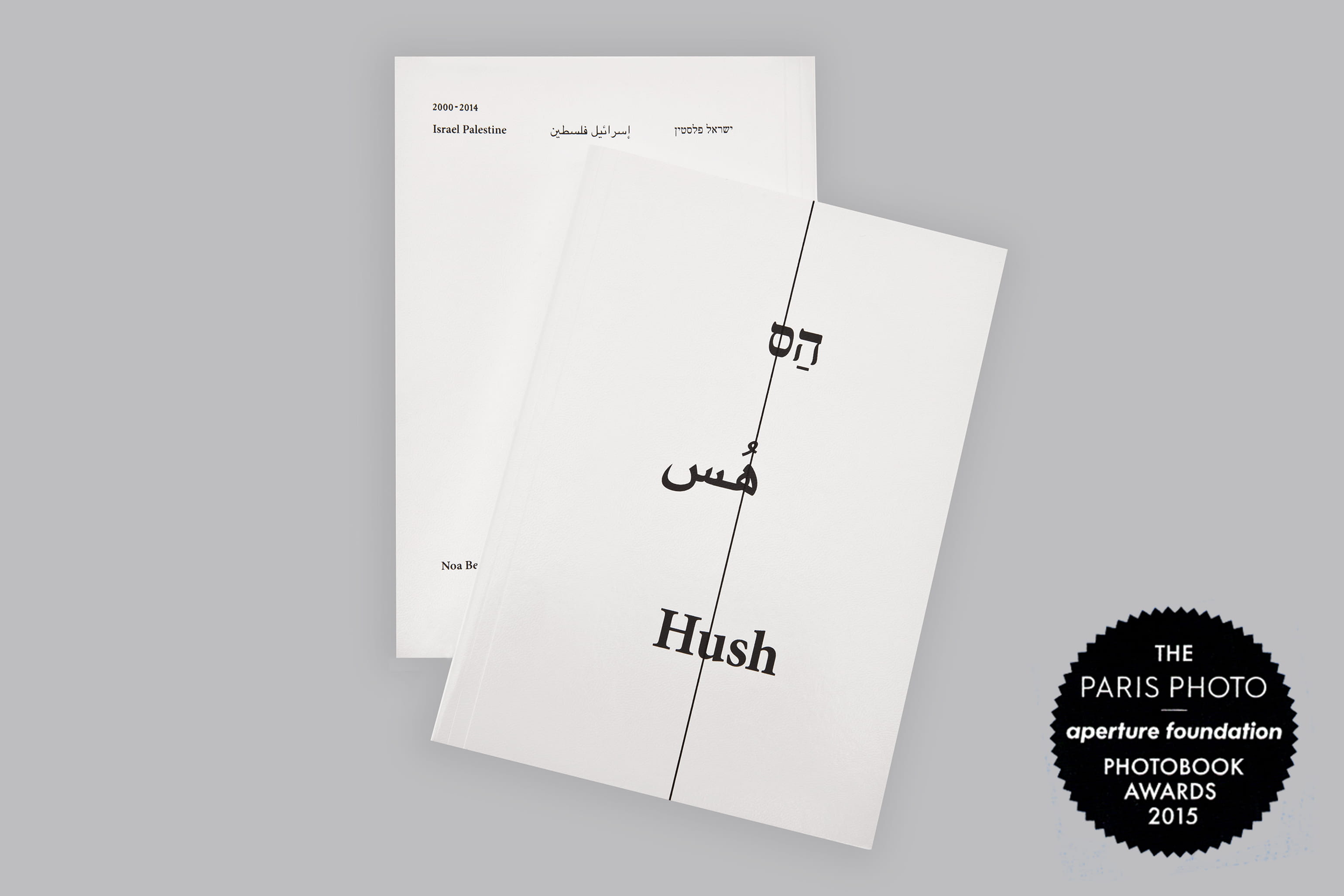 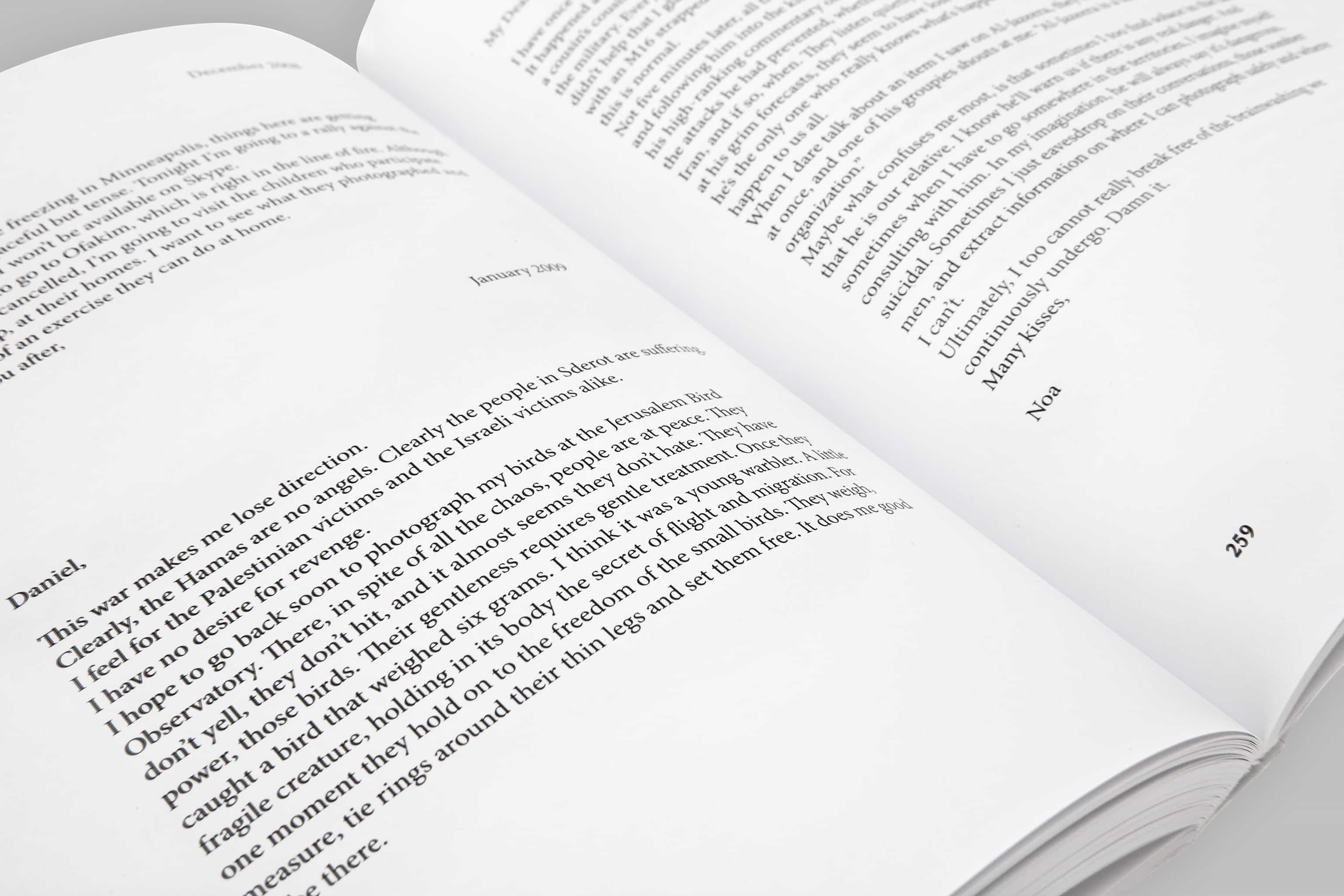 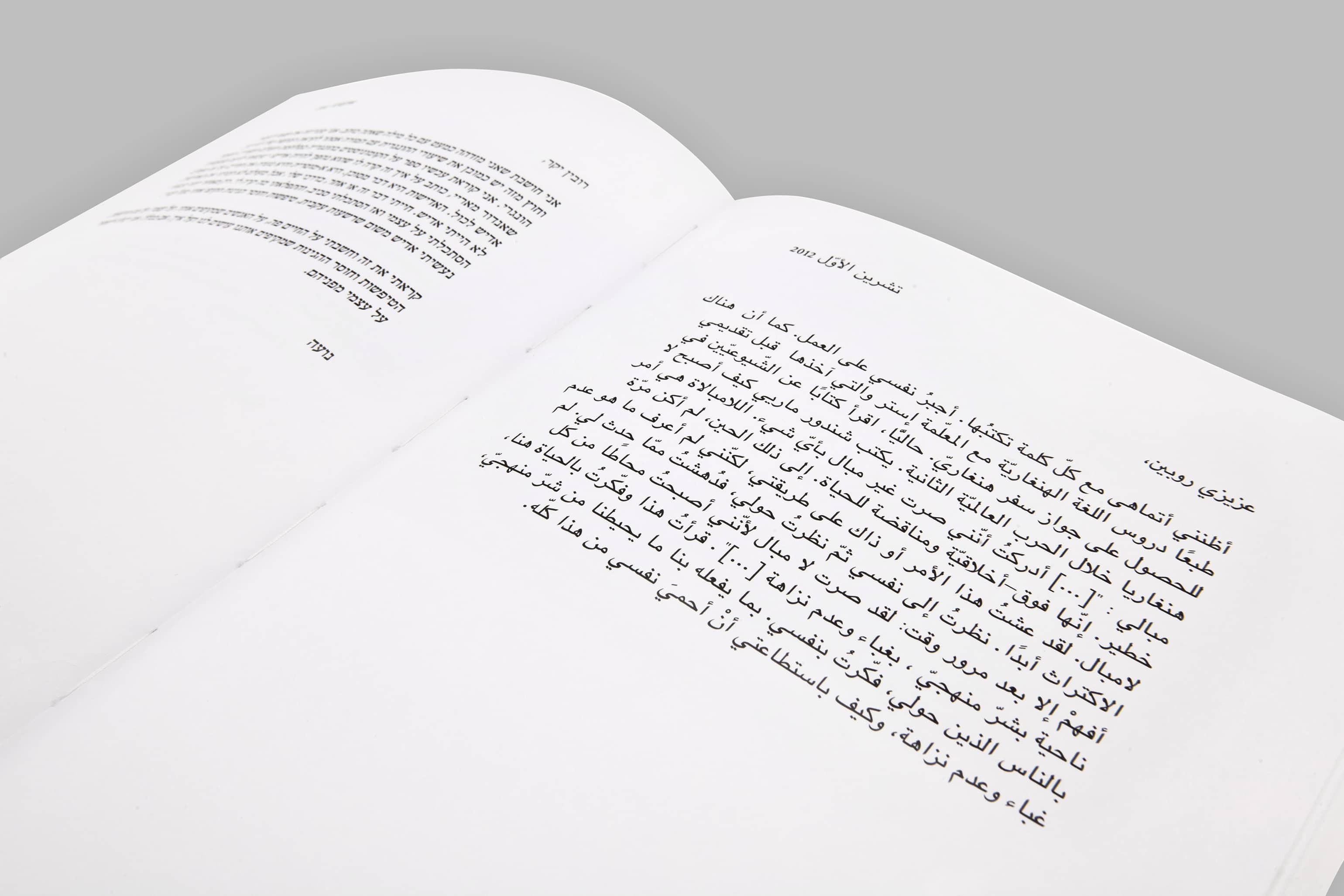 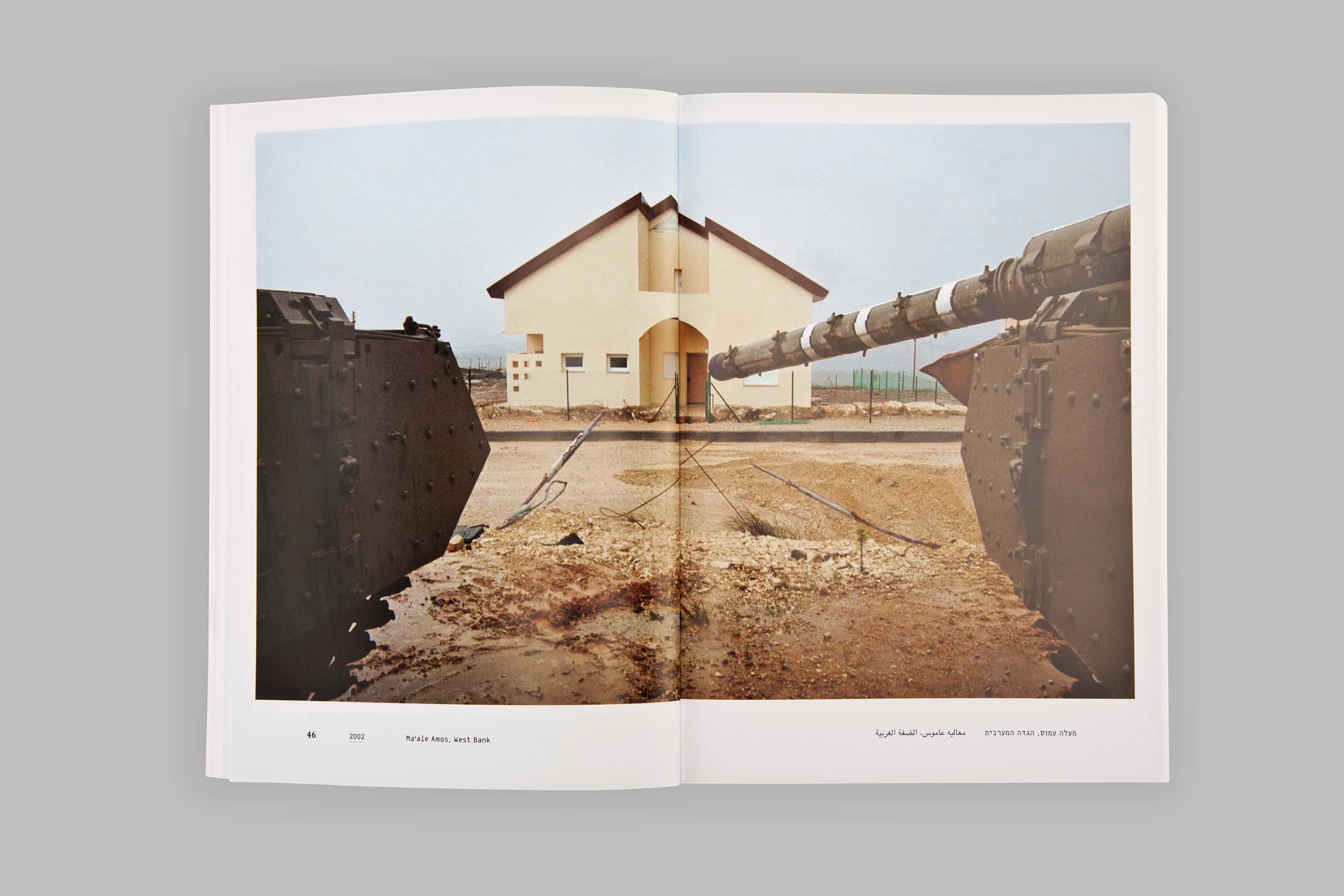 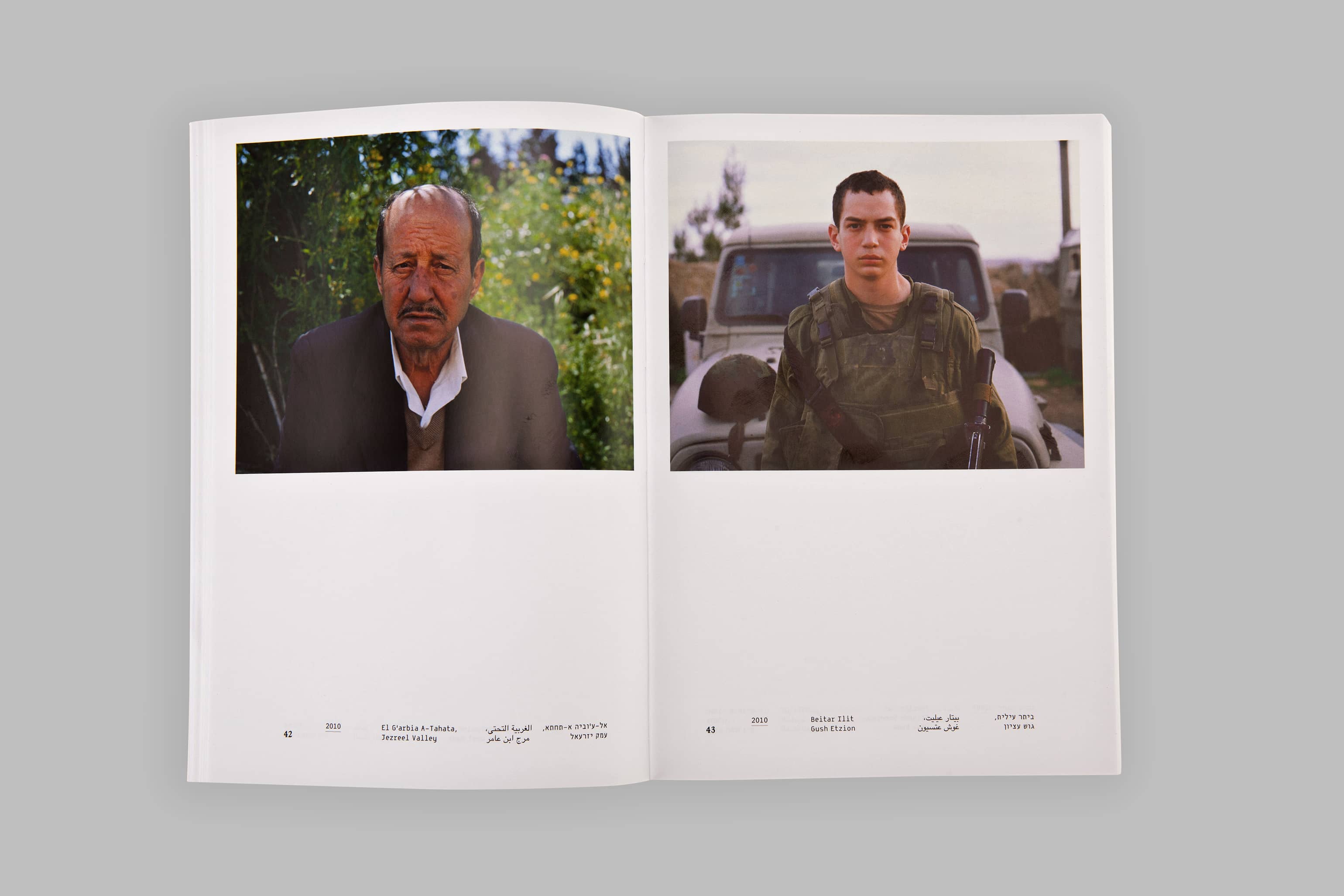