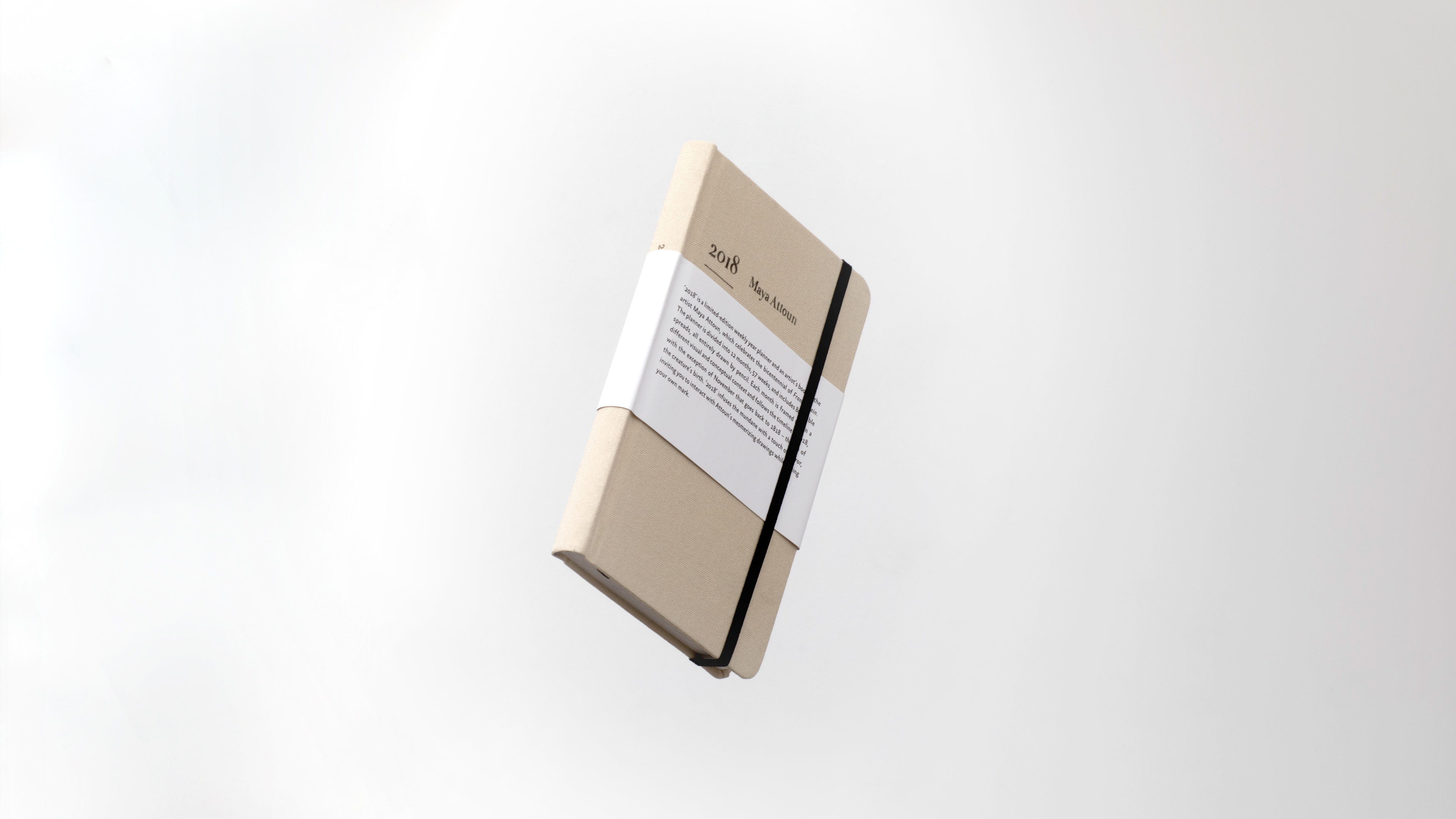 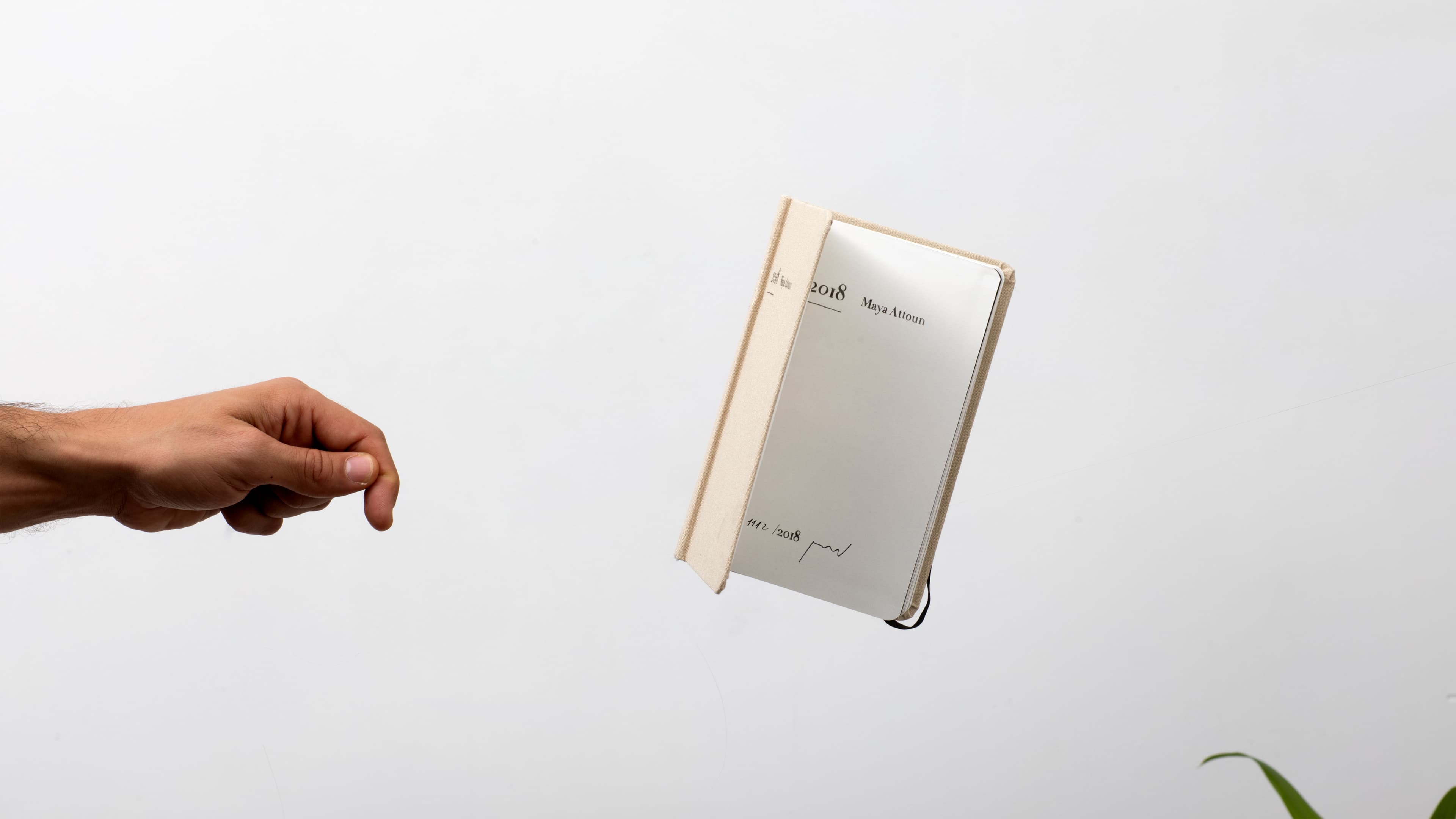 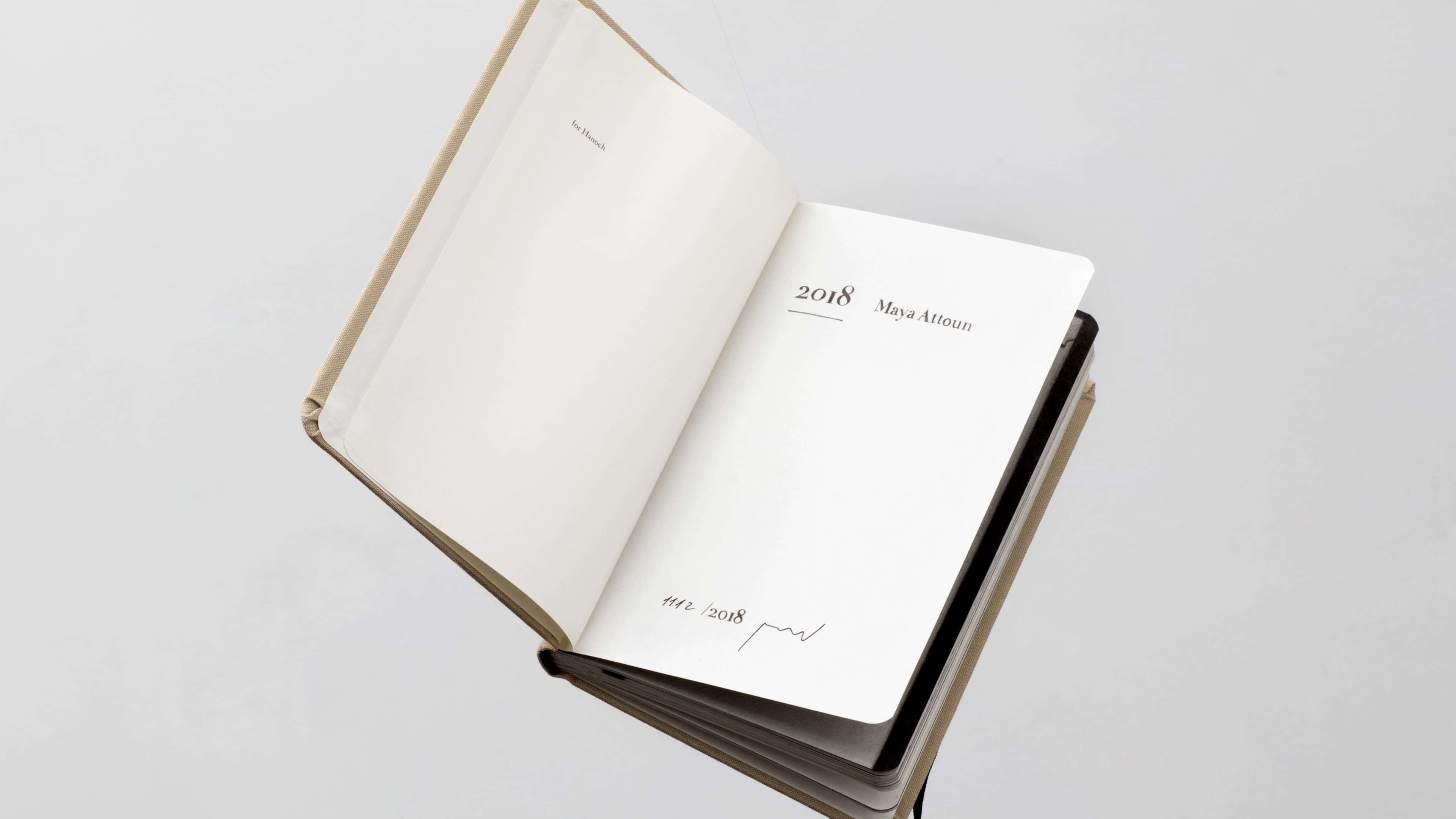 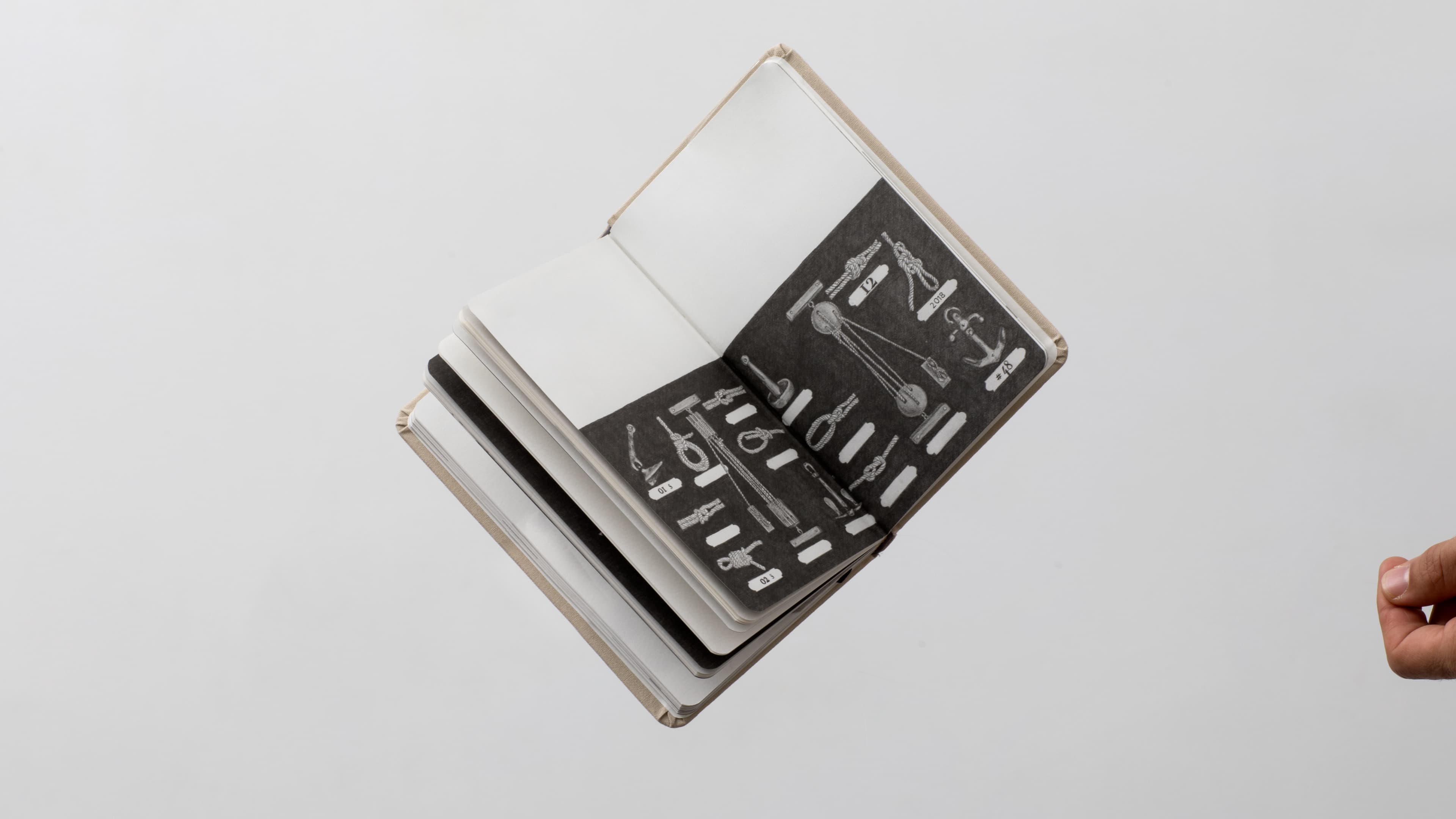 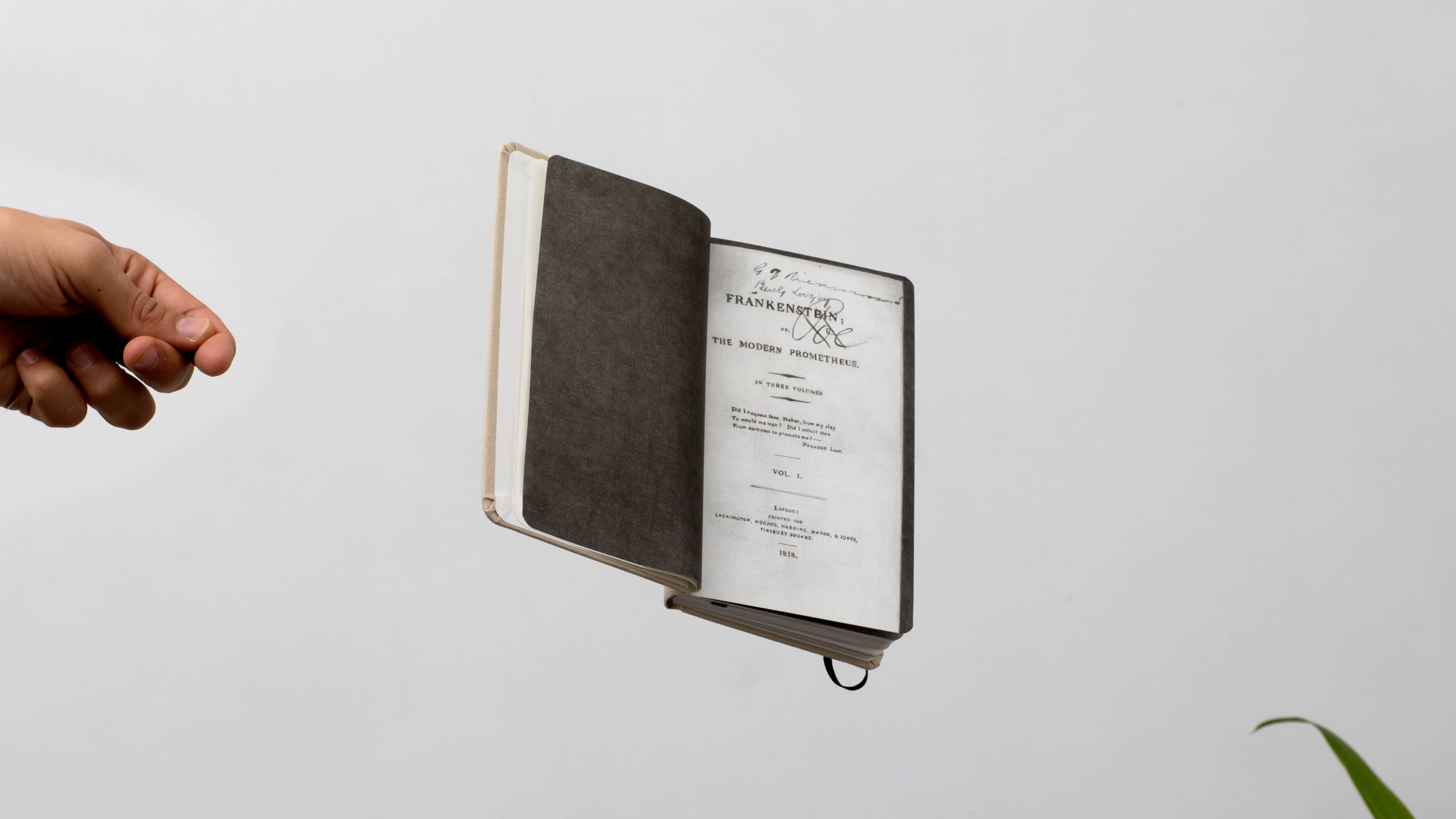 2018 marks the 200th anniversary of Mary Shelley’s Frankenstein, or The Modern Prometheus. On the occasion of the novel’s bicentennial, the artist Maya Attoun will publish 2018 – a weekly year planner and an artist’s book that revisits 1818, through the calendar of 2018.

Mary Shelley wrote Frankenstein when she was 19, in the mythical “year without summer” she had spent in the company of Percy Shelley, Lord Byron, and John William Polidori. In Frankenstein, which was way ahead of its time, Shelley explored the relationship between the technological ethos and the human ethos through the character of a living-dead monster spawned by the new science – an immortal creature composed of human and animal body parts, doomed to a life of loneliness and suffering. The 1818 novel successfully conflated the Romantic sublime with the ideas of the Enlightenment, and in effect – the old world with the new world. The confusion maintained throughout the book between the creator – Doctor Frankenstein, and his creation – the nameless creature, is a literary means with which Shelley portrays humanity as an arena of contradictory impulses: good and evil, love and hate, creation and destruction. Even at this early age, she already grasped the split complexity of the human psyche, where both monster and his creator reside.

2018 is an object/planner that adopts an intentionally anachronistic stance, bringing together the years 2018 and 1818. The planner’s general appearance harks back to the 1800s, whether in the contemporary use of a font from the Didot family (designed in the late 18th century in a distinct Neoclassical style), or in the monochromatic drawing language reminiscent of manuscripts, etchings, and prints. The entire planner is drawn with pencil – from the typography of the year’s layout to the visual imagery that infiltrates the graphic grid and unravels the repetitive template. The rendition of each and every detail in a free-hand drawing stems from the desire to visually merge document and image, image and background, and the real and the fictional. The planner offers a monthly and a weekly layout of 2018, with the exception of November – the eve of the creature’s birth. In this month, the linear sequence of time is interrupted and returns to 1818.

Like the hybridized presence of Mary Shelley’s creature, 2018 is an elusive object – on the one hand it is a functioning weekly planner for all intents and purposes. On the other hand, the conceptual and visual perception that shapes it fuses together materials from different origins and periods: drawings, patterns, graphs, climate models, and instructions for use. The accumulation of the images in the planner is experienced as an artist’s book or a graphic novel, extending the planner’s limited shelf life. The jumps in times between past, present, and future are also evocative of the timelessness of the creature, who – had he been created, would still be walking among us, underscoring our existential transience.

2018 is a part of an ongoing practice which Attoun had named “hypertextualization.” This term wishes to denote a stratified and associative representation of non-hierarchal information, which is the product of the amalgamation of thought processes, intuitive gestures, images, and materials. Attoun’s fascination with “used” subject matters, as well as her interest in the intersection of myth, narrative, and science, are manifested in the central motifs of her works, first and foremost among them are Mary Shelley and Frankenstein, knots theory, science fiction, and Gothic Revival. For Attoun, Frankenstein’s creature is the undead diagram of hypertextualization.

While drawing on the Romantic sublime, Frankenstein nevertheless shied away from a nostalgic outlook. Rather, as befitting the science fiction genre, it offers a longing for the future. Mary Shelley’s monstrous progeny is a patchwork of information and fragmented disrupted knowledge. In many ways, it changes the laws of time – cancelling the past (which does not exist for the monster) and rendering the future an infinite present (since the monster is doomed to live forever).

This is also the structure of 2018, which exists on a linear time sequence, jumps 200 years back in time to 1818, and invites the user to change it and shape it in her own image. 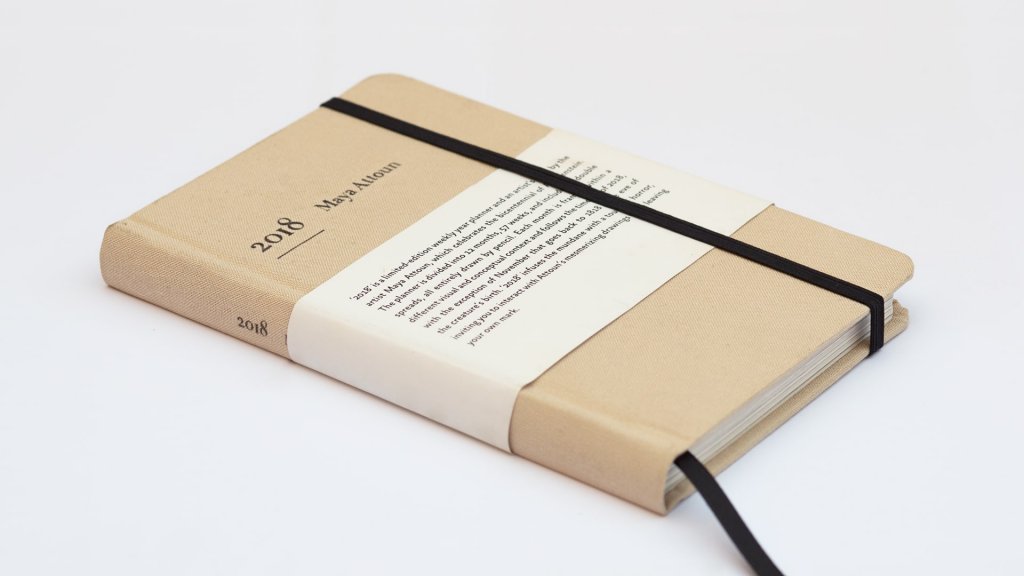 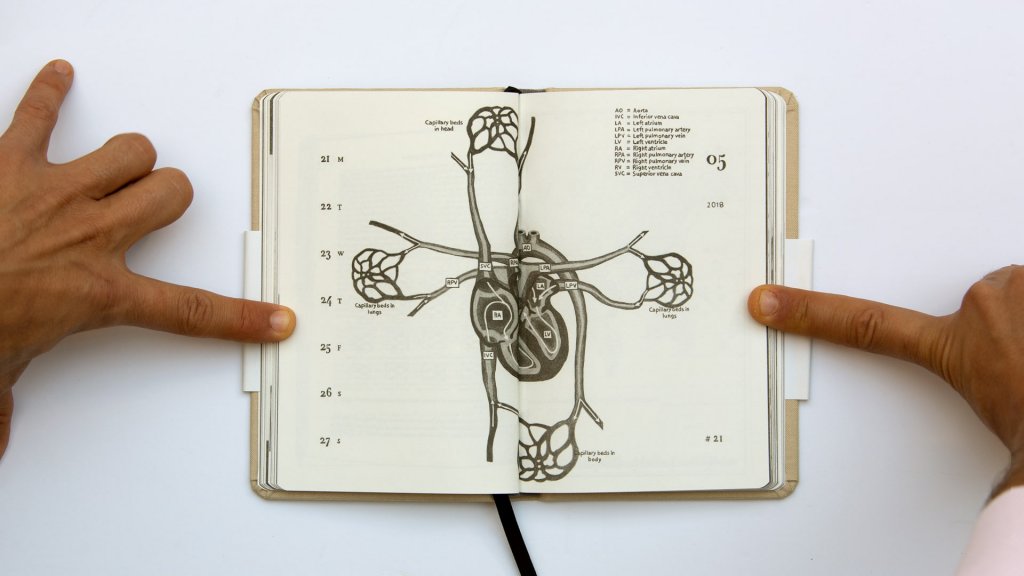 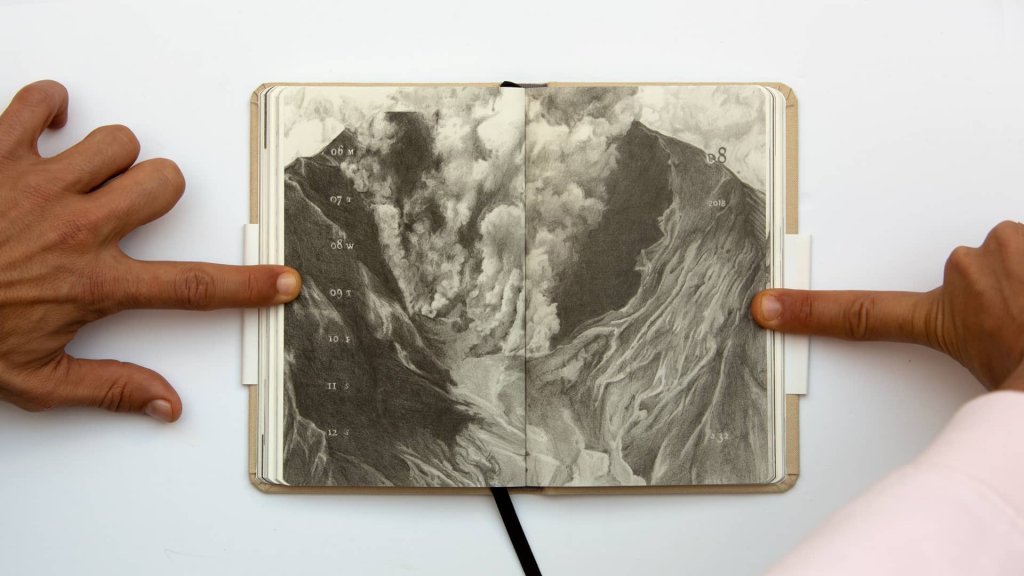